A great part about being so far from home, so removed from the clutter of daily life, is that I find myself in a place where I can truly understand what is important to me – through analyzing those things which I miss most.

Beyond friends and family, of course.  The importance of those were never in doubt, so my missing of them comes as no surprise.

I miss live music.  Whether it be a chart-topper selling out a massive arena or a headliner at a festival or an ensemble band of brass instruments laying down the tunes of life in New Orleans, in it’s absence I have gained a true appreciation for the atmosphere which live music creates.

The Soul Rebels perform in 2017

I miss the smell of salt water.  On days when the sun shines brightly and the temperature ensconces in triple digits, driving around Tay Ho reminds me of how much I miss the Long Island Sound, or just access to a beach and a big body of salt water to swim in.  And of course I miss sunsets aboard the Stinkpot, good times shared as the sun goes down. 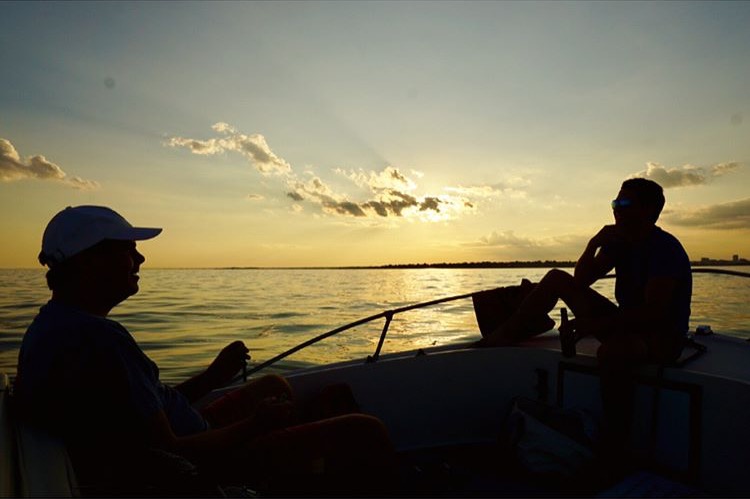 I miss driving in a car.  Don’t get me wrong, cruising through the Vietnamese countryside along scenic rice paddies and towering karst mountains on motorbike is unbelievably fun.  Crashing is not.  Nor is having to be hyper-alert on an hourlong commute through a Hanoi rush hour on a daily basis.   I miss being able to lean back in my seat and the click of a seatbelt.  I miss being able to blast music on long road trips.  Perhaps the thing I miss most is AC.  Or not crashing.  Probably the latter.

I miss American food.  Though in Tay Ho (the Expat district of Hanoi) there is much western food, it’s not my western food.  The pizza isn’t from Height’s.  The bacon egg and cheeses aren’t crafted by Tony Vavala or the staff of Tartine.  Ed Papic isn’t being the worlds finest artist / chef with a fat piece of beef.  The best burger from a restaurant fails to compete with a grill cooked burger at a backyard cookout.  Chocolate is still the same – great. Steak – how I miss you so

I don’t miss politics.  Though I still pay far too much attention to the tomfoolery going on in our nations capital, especially being way out here, I don’t pay it the same mind I do when I’m at home, which is nice.  I’m glad that I registered to vote.  I won’t miss out on exercising my civic duties as an American despite being on the other side of the world.

I don’t miss how expensive everything is in America.  I am not looking forward to paying more than $1.75 for lunch, or being able to go on a night out for less than what an appetizer would cost in a New York restaurant.  I will miss bun cha a lot when I leave Hanoi, that I know already.

Believe it or not, I miss squirrels.  I always thought of squirrels as the same of rats.  Living in a place that has as many rats as Connecticut has squirrels,  I can admit now that I was wrong.

I miss rum and cokes.  This one is a self-imposed miss-age, as they do have both rum and coca cola in Vietnam and I’m sure they are quite capable of mixing them together and adding a lime.  I have been trying to drink less out here in general, but specifically less rum and cokes.

I miss living near the Mississippi River where I could watch the big boats go back and forth.

Of all the things at home I miss, perhaps the top three are Scooby, Callie, and Trey

Though I said at the beginning it goes without saying, the more I think about it the more I miss friends and family at home.  Obviously I miss being near them and being able to physically hang out, but also as I spend more time away from home the emotional distance grows larger.  As days turn to weeks turn to months, I am less and less on top of being in touch with people. More things happen at home, people move further into their adult lives and I am out here missing it all.  When I get back things will be so different and I will have to catch up on so much.  While it is amazing to be in Vietnam on this adventure, I do miss most those whom without I would’ve never had the confidence to come out here.

A couple of fellas who I miss a lot

But I know there is so much I will miss about Vietnam when I leave.  The bun cha.  The kids I teach.  The friends I’ve made out here.  The sense of adventure and excitement.  It will be fascinating to look back several months after I’ve returned home and see what else, without the fog of day to day life, I truly miss, and what I truly learned on this journey.