Margot’s departure, and the end of that friend-filled month, marked the distinct end of a chapter in Hanoi.  There is one chapter left to be written in Hanoi – the final one.  I can already feel myself hurtling towards the end of my time in this beautiful and unique city.

I was lucky enough to have another old friend, Dave Katz, roll through Hanoi last week on grander travels around Asia.  While a mixup with his Vietnamese visa limited his time here to just a couple of days, it was fantastic to see an old friend, albeit briefly, so quickly after the departure of so many other great guests.

The other day I was informed of a heavily reduced teaching schedule for the month of October.  As my contract is scheduled to expire on November 2, less than five weeks from now, I am slowly being replaced.  As students and classes come to natural stopping points – chapter breaks or semester tests – I will slowly begin to hand my classes off to the teachers who will work at Happy Learn after I depart.  Already this has worried me, as I budgeted the rest of my trip as though I would be working the entirety of October.  Now, instead of 24 days I will work about 16.  I’m not super worried, I’ve figured out how to deal with far worse already out here.

Sixteen days.  That is how many days of teaching I have left.  In a way, I was kind of over teaching when I returned from Singapore.  Don’t get me wrong, I love the kids and I think I would make a good teacher (someday) – about something I’m passionate about, and if we’re being honest, elementary level phonics doesn’t get my heart pumping.  Still, I enjoy the company of the kids, the games we play and the enthusiasm they exhibit for everything from Musical Chairs to stickers.  I will no doubt be sad when Teacher Thatcher hangs up the red pen and the sticker packet.  I doubt my next job, whatever it may be (eek) will typically end with a game of musical chairs or a fiery rendition of the YMCA.

I have a month to get this crazy business idea I’ve had off the ground.  In Vietnam, the shirt printing is cheap enough and I love making shirts enough that I’ve had the rough idea of a business called “Re:Define Shirts” which attempts to take the dictation of what we wear on our clothing out of the hands of big corporations with their boring logos and return it to the people who will actually be wearing the shirt.  Though still in the early fetal stages as a business idea, I hope to use my last several weeks out here to test the market and see if this is something that I could do as a side hustle in addition to my real job, whatever it may be (eek) when I get back to the States.

In a way, I’m getting to the point where I’m ready to leave Hanoi.  I’ve seen every museum (that has English translations) in the city multiple times.  I’ve eaten at over fifty different bun cha restaurants and feel very confident when I say I’ve found the one which stands head and shoulders above the rest.  I’ve had over fifty different mango smoothies, and while I have a favorite I am less assured in my conviction about it.  After having so many different visitors here for so long, the city feels a bit empty.  My roommate Nicholi, whom I had grown very fond of during our 6 months sharing a residence at 483 Au Co, left the other day.  While I still have friends here for whom I care deeply, their numbers are dwindling.  My desire to get back to the USA and see my whole squad, deep and in all their glory, was renewed when I was reminded how much fun it is rolling around eight deep when all the visitors came in August.

There is still much to be done.  I am going to do the market test for my business (contact me if you want any t-shirt your heart desires, whether it’s your dog or your face or anything in between, I can make it happen).  I still want to try a couple of other bun cha places.  I want to enjoy as much as I can my remaining time with my remaining friends in Hanoi.  I want to plan a fantastic trip to end the whole thing on a high note.

My final trip has to be grand and insane to even compete with the year and adventure for which it is serving as a culmination.  I think I’ve got a pretty good schedule lined up.

I will finish teaching ideally late October.  Hopefully, I will fly to Hong Kong the first weekend in November to meet up with my mother, who will be in this part of the world on business but will conveniently have that one weekend free, and the easiest spot for us to meet up is Hong Kong.  I will return to Hanoi one last time, not to teach but to travel.  Again joined by friends from Tulane, Casey Winslett and Cooper Pillot, I plan to do the Ha Giang loop – which I did via car with my parents in April – only this time I hope to do it via motorbike.  November is supposed to be the best time of the year to complete this loop, so I am extremely excited to finish out my time in Vietnam on what is sure to be an amazing adventure with some amazing friends.  I will depart from Hanoi and from Vietnam on November 18, flying to Kuala Lumpur to meet my two younger brothers, Josh and Sam, for a week of exploring peninsular Malaysia.  While we won’t have a lot of time in Malaysia, any chance to explore such a distant part of the world with my brothers will be a blast.  Hopefully we can find some turkey in the predominantly Muslim country to celebrate Thanksgiving.  After Malaysia, I will fly to Bali to meet my dad, where we will have several days to lounge before heading to the Komodo Islands for an eight day live aboard dive boat.  Yes, I peaked in Singapore, I will probably peak again in a different way in the Komodo Isles.  After that, my dad and I will return to Bali where another great friend, Westley Wilson, will be waiting, having arrived a few days earlier.  My dad will stick around for a day or two, and then Westley and I will have about a week to explore the island before I fly to Chiang Mai on December 15, where I have not scheduled any adventures yet but have some rough plans in my head about what I want to do.  One of my first friends from Hanoi will be living in Chaing Mai by that time, so I certainly hope to see him.  And then finally on the morning of December 23rd I will board a flight from Chaing Mai to Bangkok, onwards to Tokyo, and finally to JFK the afternoon of December 24th.

I realize that when put like that it sounds like a lot, but I have no doubt I’ll blink my eyes twice and my plane will be landing in New York.  There are parts of me that are extremely ready to come home, but I know once I get home there will be parts of me itching to get back out on a grand adventure.  Once home, the plan is to be at home (hopefully move into NYC) for the foreseeable future, to get a job (eek), and to begin in earnest my adult life.  So while there are parts of me that are ready to be home, I need to focus on enjoying each and every second of adventure I have left, because I have no doubt this whole year abroad will be the greatest adventure of my life, and who the hell wants to rush through that? 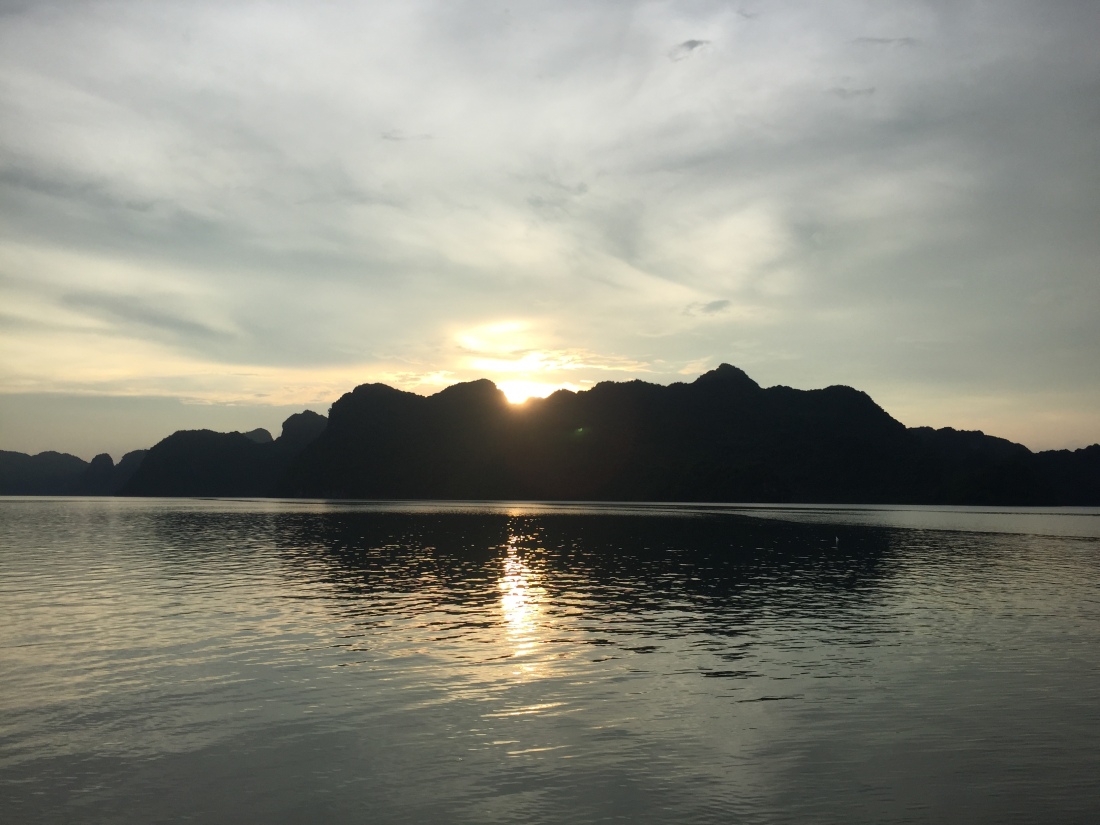